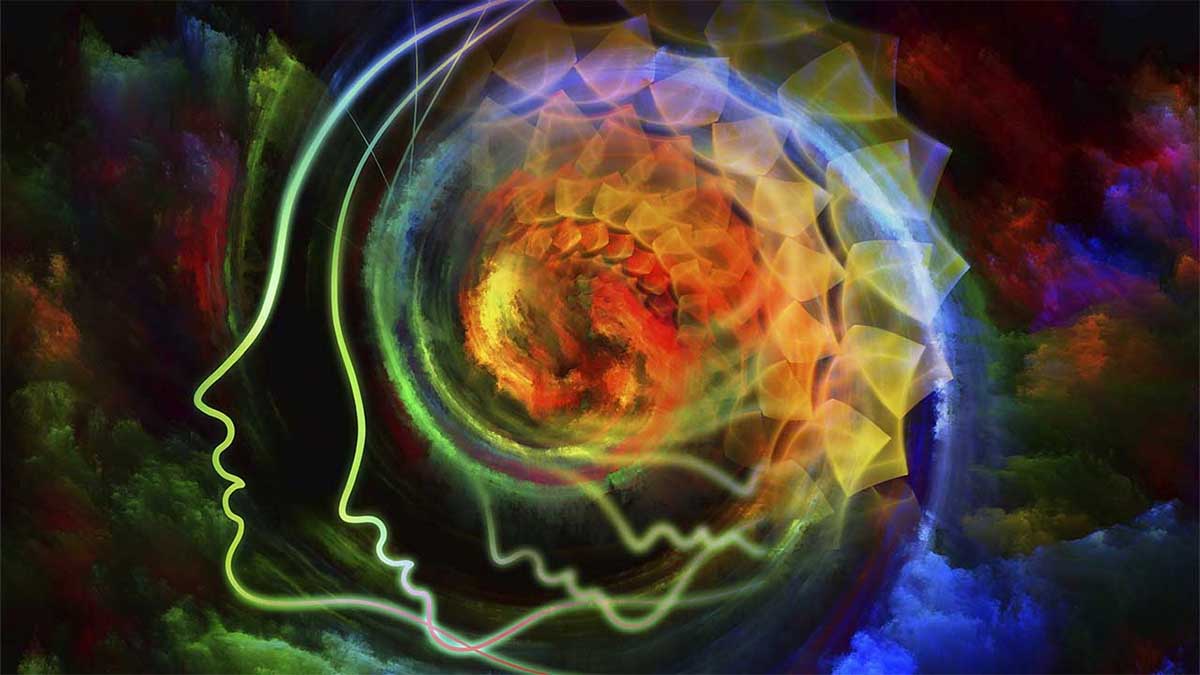 The Quest for Consciousness

According to evolutionary theory, life emerged from the mudflats. Following some miraculous act, the simplest cells were born of sunlight and raw elements.

These simple cells evolved into micro-organisms, plants, fungi and sea creatures. The first fish evolved into the salamanders who crawled onto the land and became the reptiles, mammals and higher primates. Over billions of years, the process of evolution has created ever more sophisticated lifeforms.

Accompanying our physical evolution, there is a corresponding psychological development. Here the crowning achievement appears to be our human intelligence and self-reflective awareness.

This evolution of consciousness is in no way complete, however. We could be even more aware. It was Friedrich Nietzsche who first espoused, what has since become, a new ethic.

Nietzsche asked that we push on with the evolutionary process, reaching beyond our current human state, in the same way that we have surpassed our primate heritage. In Thus Spoke Zarathustra, he wrote:

I teach you the overman. Man is something that shall be overcome. What have you done to overcome him?… All beings so far have created something beyond themselves; and do you want to be the ebb of this great flood, and even go back to the beasts rather than overcome man?… You have made your way from worm to man, and much in you is still worm. Once you were apes… The overman is the meaning of the earth. Let your will say: the overman shall be the meaning of the earth.

The need to develop, evolve and contribute to the collective conscious mind sits with all of us. We’ve no choice in the matter.

When approached in an active and willing manner, this pursuit is an enormously rich and rewarding aspiration.

The Book of Genesis tells the story of Adam and Eve, who lived in a state of innocence in the garden of Eden.

But the serpent tempted Eve. “You will certainly not die,” the serpent explained, adding that eating from the tree would open their eyes. Like the Lord God, they would know good and evil.

When Eve saw that the fruit looked both desirable and promised great knowledge, she ate and shared some with Adam. Having eaten the fruit, they awoke as if from some long slumber. Realising they were naked, they sewed fig leaves together and covered themselves.

When the Lord returned, Adam and Eve hid from view. Knowing that they had eaten from the tree, the Lord cast them out of Eden and barred their return.

The story of Adam and Eve describes a fall from grace that we all pass through.

Unlike the rest of the animal kingdom, humans will develop a self-reflective consciousness. We grow to recognise our nakedness and will question our existence.

Like Adam and Eve, by the age of seven, we gain knowledge of right and wrong and lose our innocence.

Whereas animals will operate from instinct, humans enjoy an additional faculty that has been termed the ego (Latin for ‘I ’).

This ego structure is born of our self-awareness. It is comprised of who we understand ourselves to be and represents the conscious portion of our psyche.

It is our human ego is that distinguishes us from the beasts. As an animal, we retain our instinctive wisdom, which continues to operate at a level beyond our awareness. In addition, we have our ego-consciousness.

Individuation & the Realisation of the Self

As Nietzsche theorised, and Jung discovered, there are two centres to the psyche.

There is the ego, with which we are all familiar and call ‘I’, and there is also the greater Self, which remains largely unknown, and operates at a level beyond our awareness.

The Self serves as instinctive wisdom and, as per the evolutionary drive, will continue to impress itself upon the ego, and push for even greater consciousness. The ego is designed to meet this challenge and is capable of further development, yet needs to be prompted to do so.

Jung described this development as the process of individuation, which is regulated and governed by the deeper Self. As required, the Self will constellate whatever mental state or physical circumstance is required to capture the attention of the ego and stimulate its growth.

This individuation process may be approached willingly or unwillingly. To prompt the ego’s development, the Self will have us experience feelings of pleasure and pain. Where we honour the demands of the Self, our process unfolds harmoniously. When we ignore the Self, it becomes more forceful and troublesome.

This process is unique. To pursue one’s individuation path, is to seek out and develop one’s particular potential. While there may be common themes, we are each required to find our own way.

As we individuate, our self-awareness grows, yet this is not the only benefit. The development of the ego allows for the ongoing discovery and realisation of the greater Self, not only for oneself, but for all.

The Descent of the Gods

In the history of myth, the gods have grown progressively to become more and more human.

Originally it was believed that the spirits lived on the earth, in the waters and in the sky. The gods were the spirits of the wind, the flowing river, the rising sun and the wandering moon. Later these spirits were seen in the various animals.

In Egyptian myth, the gods were depicted as half-human and half-animal. In time, these gods shed their elemental and animal forms, which were retained only as a totem and rulership. Zeus had his thunderbolts and could appear as an eagle, for example.

Initially, these gods expressed little interest in humans. Later, as Graeco-Roman myth tells, they descended from the heavens, and mated with mere mortals, thereby creating a race of semi-divine beings such as the hero Jason and the beautiful Helen of Troy.

Unlike earlier gods, the one God of the Old Testament displayed a particularly keen interest in humankind. He demanded obedience and would test and punish his human flock. Genesis tells the story of Yahweh calling upon Abraham to sacrifice his first-born son, Isaac.

As explained in the New Testament, God went so far as to become a man. This was the figure of Jesus Christ — the divine incarnate.

We have now reached the next stage in this progressive incarnation. After taking on a human form, through to interacting and mating with humans, through to becoming human, the next step would be for the gods to become, not just one special being born free of original sin, but all humans.

Mars, the god of war, can now be seen as our aggressive side, or as our inner warrior. Hermes is our ingenuity, as well as the trickster we can be. Aphrodite is our charm, Chronos is our rigidity while Zeus constitutes our search for freedom and meaning.

In Michael Angelo’s The Creation of Adam, God is seen actively reaching out to Adam, while Adam reaches back lazily in return. This indolent man paired with an energetic God is reflective of the ego-Self relationship. Whereas the deeper Self pushes for greater consciousness, the ego tends to dawdle.

More so than we reach for the gods, the gods reach out for us. Rather than remain dormant, the various archetypes seek to be made conscious. They seek human expression.

Here lies a key challenge to our human condition. If we engage with the contents of the archetypal realm, and give life to these gods, then we are blessed by such forces. Conversely, where we fail to meet the gods within, they are left with no option but to force themselves upon us.

In the opening prologue of Goethe’s Faust, the Lord summoned the three archangels plus the devil to learn of the current human condition. While the three archangels offer a glowing report, Mephistopheles could offer no commendation. From his perspective, humans remained a miserable species and, like the beasts, continued rummaging in the darkness. Only Faust appeared to show some promise. But he must be tested. A wager is struck. The Lord allows Mephistopheles to attempt to corrupt Faust explaining, “I’ve never disliked your kind. Without you, man would grow lazy and amount to nothing at all.”

The laziness of the ego is the psychological equivalent of physical inertia. Our ego tends to resist change. For this reason, we must be prodded. The devil is allowed his pitchfork. The trials and tribulations we tend to attract in life are all designed to stimulate a deeper awareness.

In the Graeco-Roman period, one would honour the gods to attract their blessing. Alternatively, if one was cursed with an ill fate, then it was necessary to seek out the god that had been offended.

Such a practice would now be considered superstitious. We believe these gods are no longer with us and ignore them at our peril.

The gods (or archetypes) continue to exact the same demands as they always have. When we are open to an archetype, it comes in peace. If it is denied, it turns sour and destructive.

We think we can congratulate ourselves on having already reached such a pinnacle of clarity, imagining that we have left all these phantasmal gods far behind. But what we have left behind are only verbal spectres, not the psychic facts that were responsible for the birth of the gods. We are still as much possessed today by autonomous psychic contents as if they were Olympians. Today they are called phobias, obsessions, and so forth, in a word, neurotic symptoms. The gods have become diseases. Zeus no longer rules Olympus but rather the solar plexus, and produces curious specimens for the doctor’s consulting room, or disorders the minds of politicians and journalists who unwittingly let loose psychic epidemics on the world.
- Carl Gustav Jung

The Archetypes & the Anatomy of the Psyche

The archetypes form the anatomy of the psyche. They are to be drawn upon and developed on an individual basis. Use the following table to identify those archetypes that have gained expression, those which remain undeveloped and in potential, and those which may have come to dominate your character. 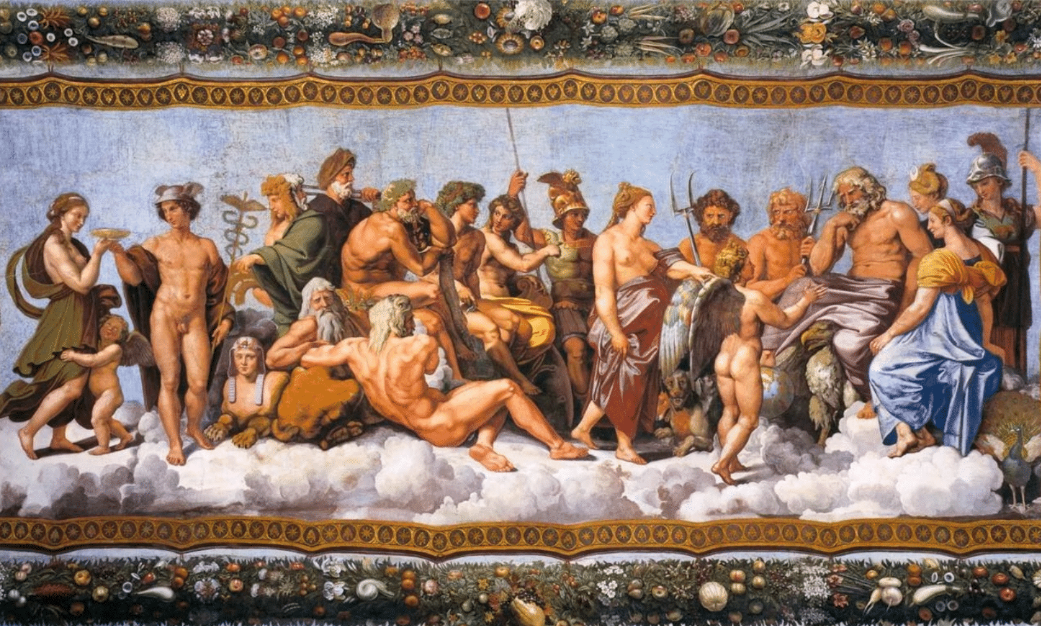 The gods of old have been reborn as the archetypes of the collective unconscious. And, it through us, that they seek to gain expression. 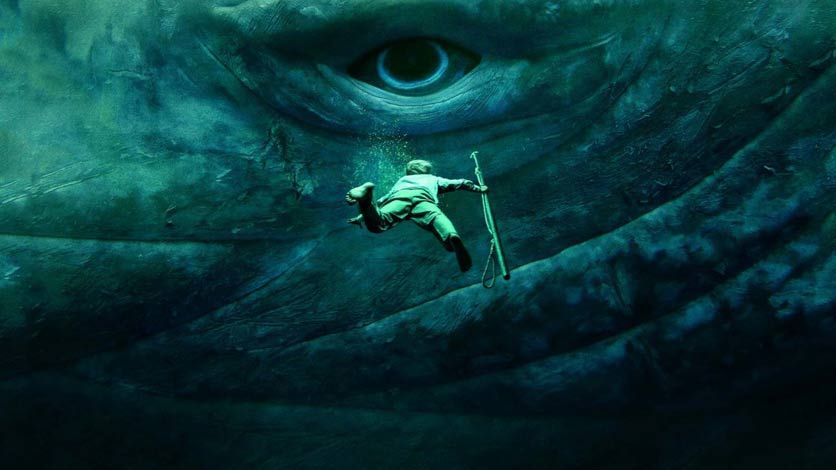 According to the Christian myth, Jesus announced to his disciples that he was to be betrayed and crucified. Following the last supper...