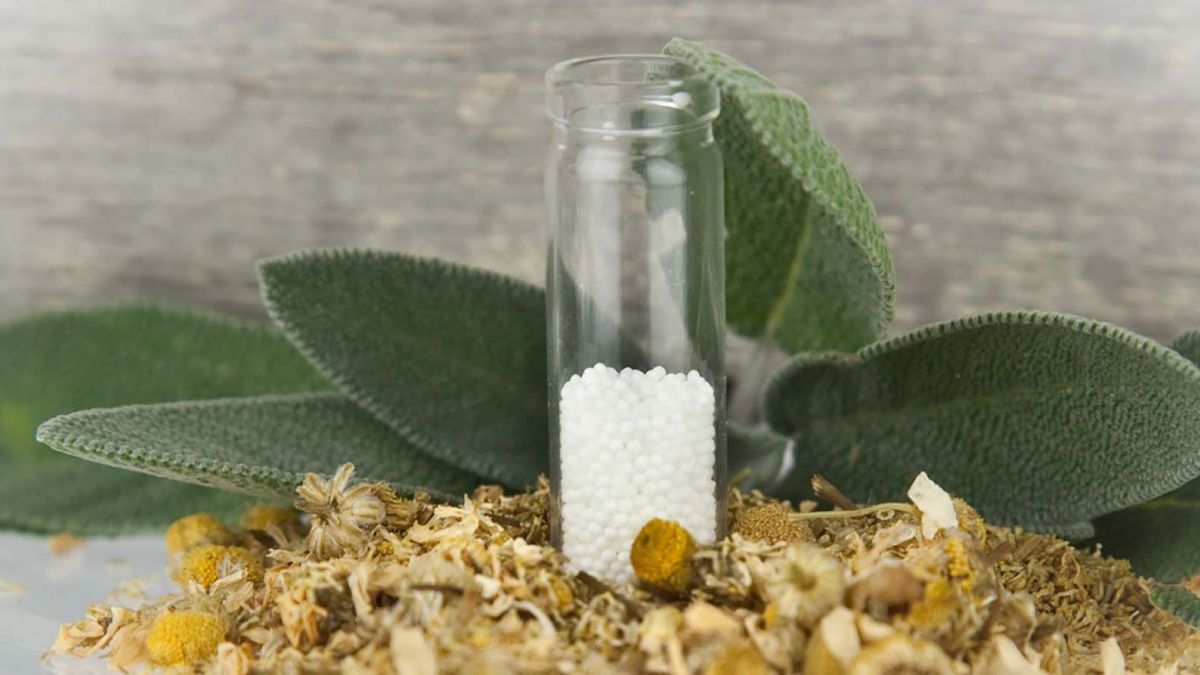 Sparsely adopted in Australia, homeopathy is commonly used in Europe and India to treat not only physical ailments but also mental and emotional disorders. Ignatia is prescribed as a cure for heartbreak, Aurum is used to treat suicidal depression, Nux Vomica addresses ailments born of stress and ‘high living’, Sepia is used for flagging spirit, Lycopodium is given for confidence, Sulphur provides creative focus and Natrum Mur is thought to rout out deep-seated grief.

For the classically trained mind, however, homeopathy is inexplicable. While homeopaths will speak of ‘potentised’ remedies, according to laws of physics, there are no active ingredients to be found in a homeopathic remedy. Furthermore, substances that are considered chemically inert, such as silica, gold and carbon, are somehow magically transformed into medicines using a process of dilution and succussion.

The term homeopathy is derived from the Latin homeo-pathos, meaning same suffering. In the practice of homeopathy, a physical, emotional or mental state is matched with a remedy capable of eliciting the same symptoms. Rather than the medicine, it is the body’s reaction to the remedy, which is considered curative.

Despite its inexplicable basis, homeopathy continues to receive much support from those who have experienced homeopathic cures. In answer to the critics, the English homeopathy, John Clarke M.D., offered the following observations regarding salt (NaCl), which is formulated into the commonly prescribed remedy, Natrum Muriaticum or Nat. Mur.

The problems involved in Nat. m. may be regarded in a sense as the pons asinorum of homeopathy. Those who are able to grasp in a practical way the homeopathic uses of this remedy are not likely to meet with any insuperable difficulties elsewhere. Those who can see nothing but "common salt" in Nat. m. may conclude that they have not "the root of the matter" in them. It may be inconceivable to some that the attenuations of Nat. m. should act independently, as curative or pathogenetic, at the same time that crude salt is being ingested in quantities; and it may seem that an infinitesimal amount of a substance which is a necessary constituent of our tissues cannot possibly have any action at all; but this problem is constantly before the homeopath, and if he cannot master it in respect to Nat. m. he need not trouble his brains to try elsewhere. Nat. m. has been extensively proved, both in the lower triturations and in the 30th and higher attenuations, and the latter produced the most marked effects

This session will explore the intriguing history and developments of homeopathy from its origins and founder Samuel Hahnemann, through to Hering, Kent, Vithoulkas, and the ‘Jungian’ homeopaths, Edward Whitmont and Catherine Coulter.

We will also explore the archetypal temperaments associated with the key homeopathic remedies used by homoeopaths as well the various psychological challenges that these polycrests are thought to represent.

No classes yet.
View All